Have a look at the Circular Economy Pathway Video here below!  (Including use cases) 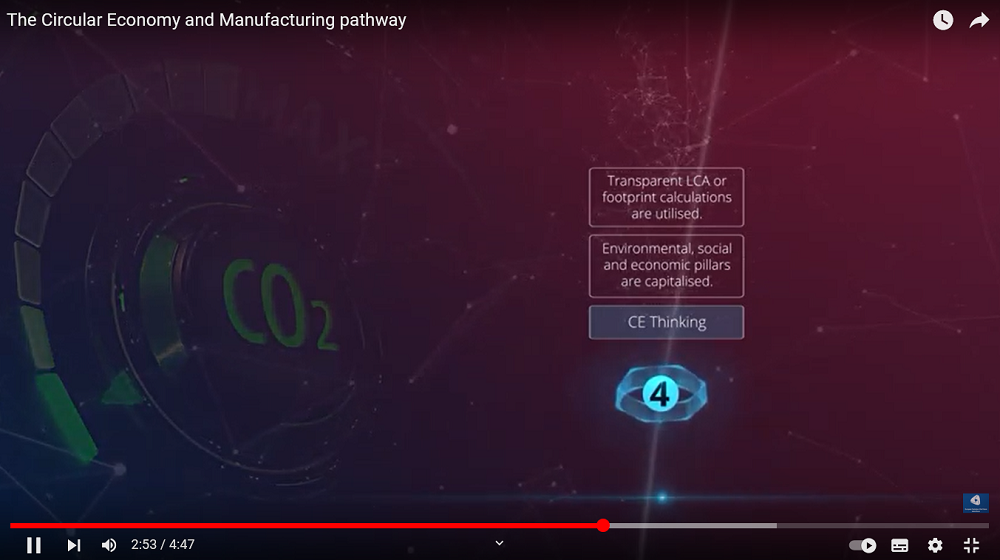 Therefore, considering that companies need to be guided in the ocean of changes, a tool has been developed allowing to clarify their current status in addressing the paradigm and to envisage the main areas to be improved within their companies’ boundaries and with external stakeholders. The tool is a maturity assessment model which indeed estimates the position of the company in an entire way considering the levels and the dimensions analysed. In addition, it allows to benchmark this position with the optimum and to compare it with other companies undertaking the same path.

Although it has been adopted as model a maturity assessment model, it is not mandatory for companies to undertake a linear process towards the optimum thus, by passing throughout all the maturity levels, but the process might be disruptive. This is true especially for the new comers rather than for the incumbents which might require bigger efforts for such an internal and external modification. In the next sections, the model is described in details. Starting first from the structure, thus the levels and the dimensions characterising the model, it is then elucidated the interactive sections held to show the model to a hybrid audience consisting of practitioners and researchers to gather some feedback and validate the model structure and deployment. 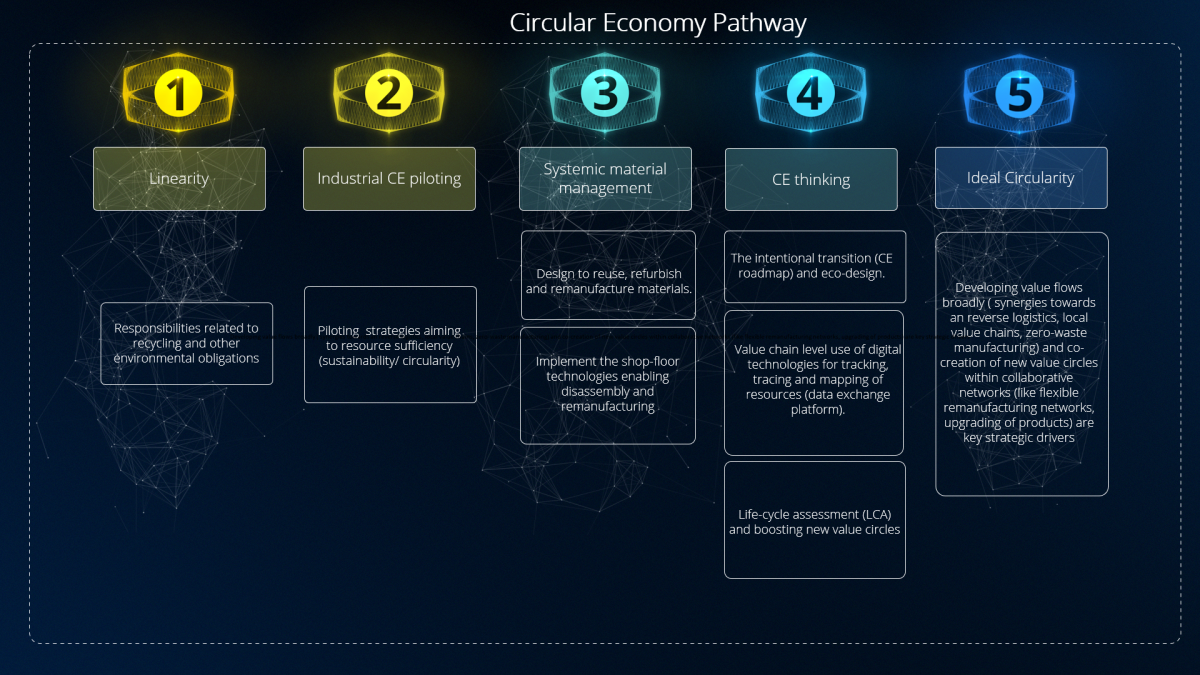 The maturity assessment model developed to evaluate the current maturity levels of companies in Circular Economy adoption is based on five main maturity levels. The levels and the dimensions characterizing the path constitute a matrix that allows to give the big picture to companies under analysis and to develop tailored suggestions for further improvements. On one side, the maturity levels allow to clarify the requirements to embrace this CE paradigm by highlighting first the need to have an initial internal cohesiveness to finally be able to bring these internal values into the external relationships established with various stakeholders. On the other side, the dimensions allow to clarify the strong areas and those, which needed to be stimulated to fully embrace the paradigm by the company under analysis.